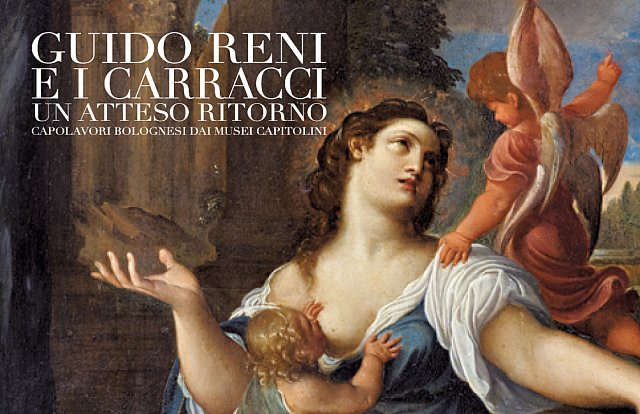 Bolognese masterpieces from the Capitoline Museums

From 5 December 2015 to 13 March 2016 can be admired in Bologna, masterpieces of Emilian visible only along the Tiber, including some wonderful examples of extreme production of Guido Reni. Definitely unique and unrepeatable is also the combination of the works on display and the cycle of frescoes by Annibale, Agostino and Ludovico Carracci, which run along the walls of the Palazzo Fava.

Guido Reni, Annibale and Ludovico Carracci, Domenichino, Denis Calvaert, Sisto Badalocchio, Francesco Albani are just some of the authors of the masterpieces on display. Teachers involved in a particular season - the end of the sixteenth and the first half of the seventeenth century - which saw consolidated historical, political, artistic between Bologna and Rome with the flowering of the school of the regional capital which, in the City, he found favor with patrons and clients of the highest level.