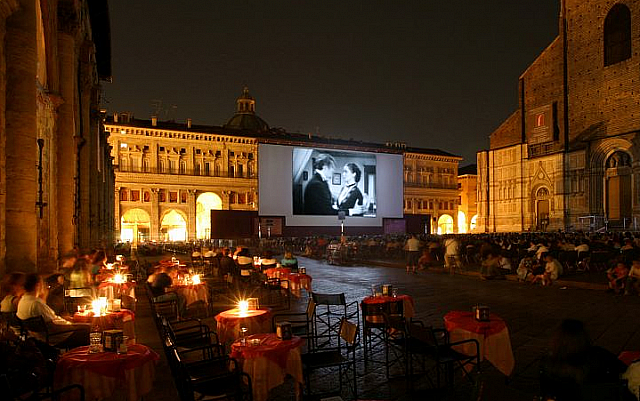 51 nights of great cinema in Piazza Maggiore with the rich programme of films proposed by Cineteca di Bologna from June 20 to August 14, 2014

Every night (except for Sunday, July 6 and the pause from July 31 to August 3 necessary for the setting of the final concert of the international contest “2 Agosto”) at 9.45pm on the big screen in Piazza Maggiore the best restored and classical films which contributed to build cinema history. The opening is on Friday, June 20 with Adrian Maben's Pink Floyd: live at Pompeii and Chit Chat with Oysters.