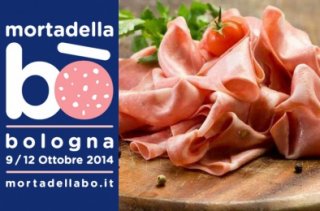 From Thursday 9 October to Sunday 12 October 2014, in Bologna city center a four-day event entirely dedicated to one of the most famous symbols of Bologna gastronomic tradition: stands for tastings and trade, cooking lessons, meetings, as well as games, performances and side events in restaurants, museums and shops.

Further information and updates on MortadellaBò