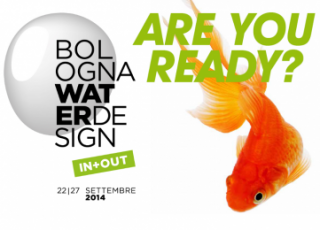 Bologna prepares for the third edition of the design event dedicated to water.

From 22 to 27 September, at the same time as the CERSAIE, the International Ceramic Tile and Bathroom Furnishing Exhibition, the heart of Bologna’s historical centre begins to beat once again with the presentation of a new and exciting edition of the festival that creatively celebrates both water and design. Once more the ‘showcase’ of Bologna Water Design 2014 will be situated at one of the most fascinating locations in the city centre: the Ex Ospedale dei Bastardini, the extraordinary 16th century palace situated at Via D’Azeglio.